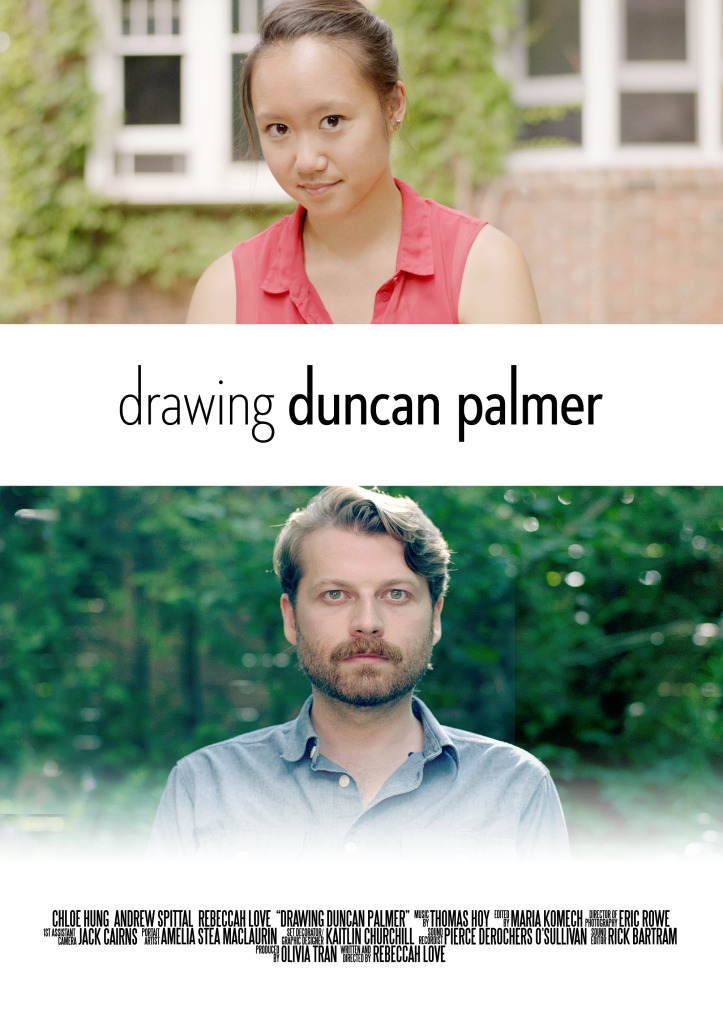 His face, her face.

Born and raised in Toronto, Chloé Hung is currently studying her MFA in dramatic writing at New York University’s Tisch School of the Arts. As an actor, she cut her teeth at the London Academy of Music and Dramatic Arts and in the King’s Theatrical Society. Her acting credits include: Romeo and Juliet (KTS), Bartholomew Fair (Vile Passéist Theatre), Faith Healer (KTS), and 4.48 Psychosis (UCC Theatre). As a director Chloé directed the KTS’s flagship production of Michael Frayn’s Noises Off and the first remount of Sandra Shamas’ My Boyfriend’s Back and There’s Gonna Be Laundry (Wit’s End Theatre). As a writer, her screenplays A Glimpse of Sun was selected for the Black List’s LA mini-lab and Untapped was a finalist in Fusion Film Festival’s screenplay competition. As a playwright, Issei, He Say (or the Myth of the First) has been workshopped under the guidance of Oskar Eustis and Suzan-Lori Parks and was selected for NYU’s New Works Festival. Her latest artist endeavour, All Our Yesterdays, which she wrote and directed was awarded Patron’s Pick at the 2015 Toronto Fringe Festival, Jon Kaplan of NOW Magazine gave the show 5/5, and was listed in NOW Magazine’s Fringe Favourites under Outstanding Production, Outstanding New Play, and Outstanding Direction. All Our Yesterdays can next be seen at the Next Stage Theatre Festival. Chloé is thrilled to have been a part of Rebeccah Love’s production. | www.chloehung.com 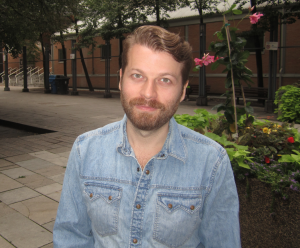 Born and raised in Toronto, Andrew is a two-bit voice actor and writer who is preparing for his book to be released in early December. An avid collector of miscellaneous factoids, Andrew is always prepared and (overly) willing to share trivial information about a wide array of inconsequential subjects, and was able to spell inconsequential on his first try thanks to his incredible talent as an unpublished author. He can also name all the national capitals of in Europe, which is pretty impressive, if you ask him. Sadly, nobody ever does. Ever. 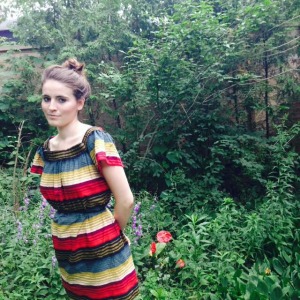 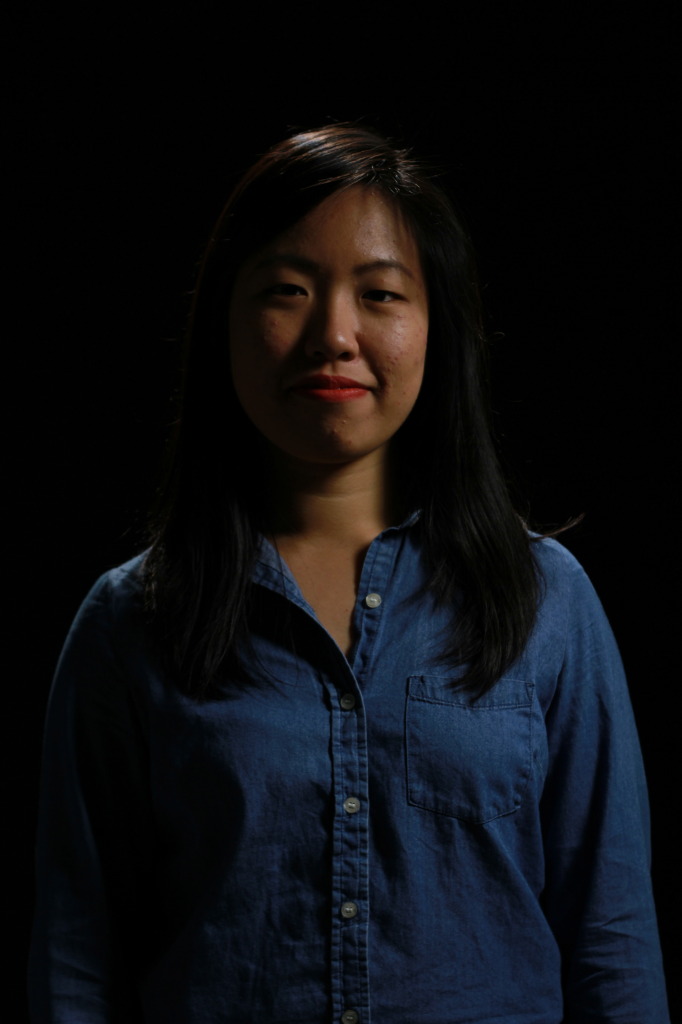 Olivia discovered her passion for film in her last year of high school when she interned at AJE Productions. She had the opportunity to go on set and watch the filming of a documentary series called Savages, where she was also a part of the development process of the series. After her experiences at AJE Productions, she knew she wanted to study film at Ryerson. She has developed an interest in the creative aspects of a production, she enjoys writing as well as working in the art department. She has worked on several films in various roles, including Miss America which she wrote and art directed. She single handedly produced Abacus, My Love in 2014 and continues to be engaged in creative projects around Toronto. 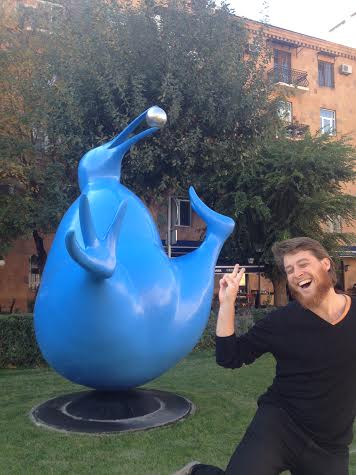 Thomas Hoy is a Toronto-based composer and musician.  In 2014, he finished a Music degree, with a specialization in composition at Dalhousie/King’s College in Halifax, NS.  There, he gained experience composing and arranging everything from a full symphony orchestra to a solo viola. He also played with countless bands, choirs and other ensembles.  He is currently enrolled in an apprenticeship program with the Screen Composer’s Guild of Canada (SCGC). He is pictured above jumping joyously with an oversized blue penguin. He could probably use a shave. His YouTube channel can be found here. 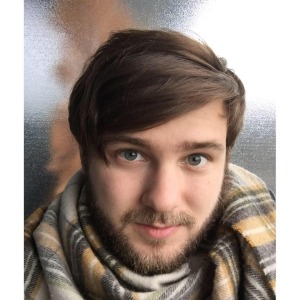 Eric Rowe is a Toronto based freelance cinematographer and filmmaker. Some of his short-film credits include Circles, The Gospel of Peanutbutter Face, Ed and Leonard, Pitching for the Heights and Abacus, My Love. 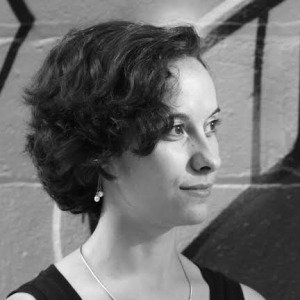 Maria Komech grew up in a family of intellectuals and mathematicians. Contrary to their expectations, she fell in love with film, and never considered working in any other field. As a freelance video editor, she has worked on short films, corporate videos, and a television show. The show went on to win an award that had nothing to do with her work. But it’s a start. 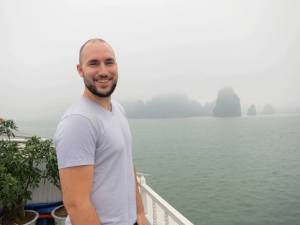 Born and raised in Nova Scotia, Rick Bartram has followed his passion for storytelling to Toronto. Rick is currently studying Film Production at Ryerson University. With a background in theatre production, Rick in engaged in both the world of the stage and the world of the screen. 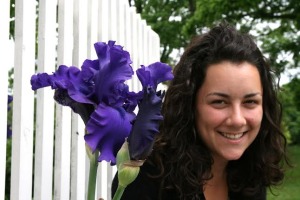 Amelia Stea- MacLaurin received her Bachelor’s degree in Design with a major in Environmental Design from OCAD University in 2012. She is an artist living in Toronto, working in the mediums of watercolour, oil paint, graphite and ink. 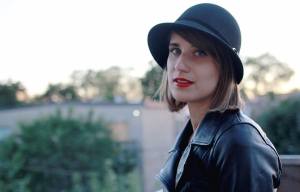 Kaitlin Churchill pursued a Bachelor of Fine Arts degree and Certificate in Design for Arts and Entertainment at Ryerson University. Her fascination with visual storytelling led her to her film career where she aspires to become a production designer. She works in a variety of mediums as a freelance artist and has experience creating graphic design and video work for several companies. She has been involved in the art department and set design for various theatre and short film productions. Her production design for film credits include Circles, Dwell and Abacus, My Love.